After spending four weeks in a galvanized tub with a heat lamp, these guys graduated to the halfway house last night, a small cage next to the main coop where they’ll spend another four weeks before being turned out with the veterans.

Temperatures dropped into the mid 40s but they survived.

Chicks have to be kept warm until they grow feathers, a process that takes around three weeks.

The cage has wire mesh on the sides but is lined with flakes of hay.

The flock has declined in recent years, mostly because of predation, and egg production is now just four or five per week.

A few years ago, chicks could be purchased for $3 apiece.  These were $6 each at the beginning of March.

The price of hay has gone up because of wild horses, according to the Nevada Rangeland Resources Commission.  Can we blame this on the horses too?  Or should we be looking at the one-horse pony and his illicit administration? 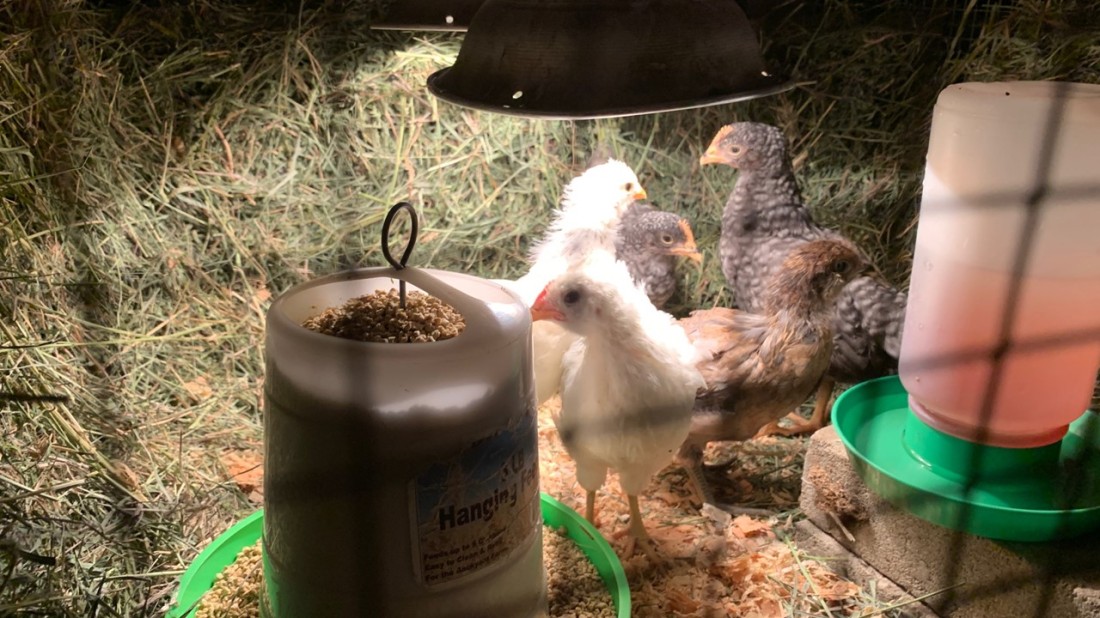