The Tier 1 analysis in Appendix A of the draft EIS for the Rock Springs RMP amendment provides data for current conditions on the Divide Basin HMA.

Those numbers were copied into a spreadsheet to see how wild horses are managed relative to other mandated users of public lands.

Management indicators for the other mandated users were computed on the basis of cow/calf pairs, whose resource requirements are equivalent to those of wild horses, allowing a side-by-side comparison.

The results are presented in the following charts.

The indicators show that the HMA has not been managed principally for wild horses, as required by paragraph 1332(c) of the statute.

The horses have a smaller footprint and environmental impact compared to livestock, but the RMP amendment will eliminate them under the preferred alternative.

“Hey WHW, what about CFR 4710.3-2?  The government doesn’t have to manage HMAs principally for wild horses unless it chooses to do so.”

Can a federal regulation trump a duly enacted statute?  That would be a substantive comment on the EIS, although it might pertain more to the Adobe Town HMA, which will be downsized in the revised RMP but not wiped out. 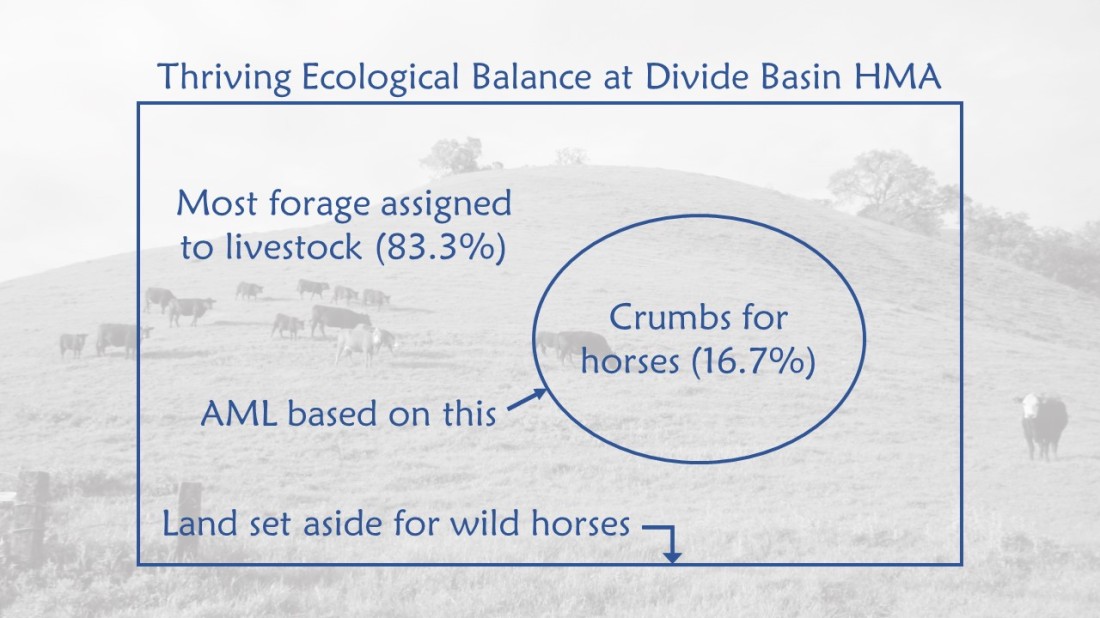