A story posted yesterday by The Daily Caller said Utah Senators Mitt Romney and Mike Lee sent a letter dated May 3 to the Senate Subcommittee on Interior, Environment and Related Agencies urging the removal of a rider that prohibits euthanasia and slaughter of wild horses and burros gathered from public lands in the western U.S.

The rider has been attached to appropriations bills for the Department of the Interior since 2011.

These animals are “devastating the land, negatively impacting other species living in the area and prohibiting an effective multiple-use management of the land,” according to the letter.

What are the odds that it was drafted by one or more special interest groups or was influenced by such groups?  That the senators don’t have a clue about issues affecting western rangelands? 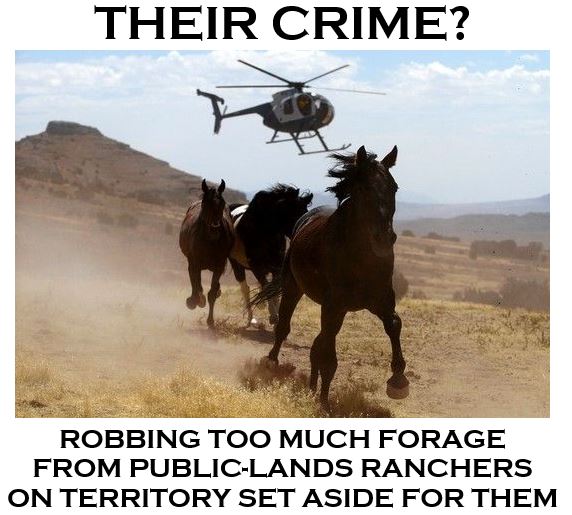 The story did not indicate what the other species were, but the reference in the letter to multiple use almost certainly means privately owned cattle and sheep.