BLM will remove 300 wild horses from the Eagle HMA, beginning September 13, according to a news release issued today.  Helicopters will be used to push the horses into the traps.  The HMA is in eastern Nevada, on the Utah border, about 60 miles south of Ely.

The stated reason for the roundup is insufficient water.  If an advocacy group came forward with a desire to haul water, would they allow it?  Would they let the horses stay on the range?  Or is there another reason for removal?

The gather will be open to public observation. 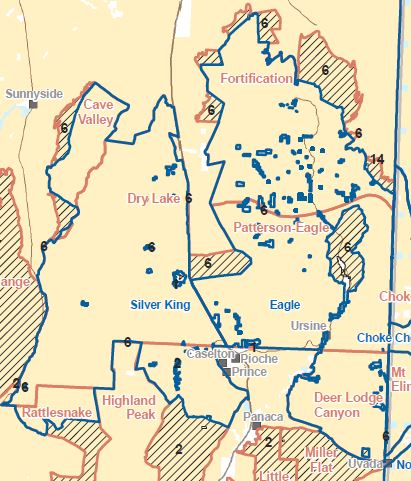 The Virginia Range, on the western side of the state, has a population density of ten animals per thousand acres, maybe a bit more.

Captured animals will be taken to the Palomino Valley WHB facility near Reno, NV, where they will checked be a veterinarian and prepared for adoption (even though the market has likely been saturated by all the roundups this year).

Gather stats and daily reports can be found at this page.

The announcement suggested that livestock were present on the HMA but did not say if they were affected by lack of water.  Drought seems to be highly selective on western rangelands, affecting mostly horses and burros.  Public-lands ranchers, of course, are allowed to install water systems and make other improvements, WHB advocates are generally not.