Bait traps will be used to remove approximately 300 wild horses from the Spruce-Pequop HMA, according to a news release issued yesterday.  The stated reason for the roundup is inadequate water and forage relative to the number of horses in the area.

Livestock are present on the HMA but were not mentioned in the announcement.

Gather operations will not be open to public inspection. 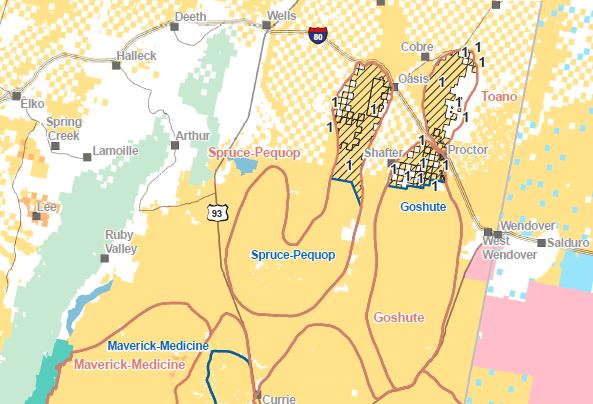 Captured animals will be taken to the Indian Lakes Off-Range Corral in Fallon, NV, where they will be checked by a veterinarian and prepared for adoption.

The announcement did not indicate if the horses would be available for sale (under the the new cash-and-carry rules).  Adoption is better for the horses.  You provide a foster home for a year.  You do the heavy lifting to prove your worthiness.  Then you get title.

Gather stats and daily reports can be found at this page.

PZP Manifesto from 2018 (Signatories at End)