Here’s an example of each, side by side.  Bow on the left, swing on the right. 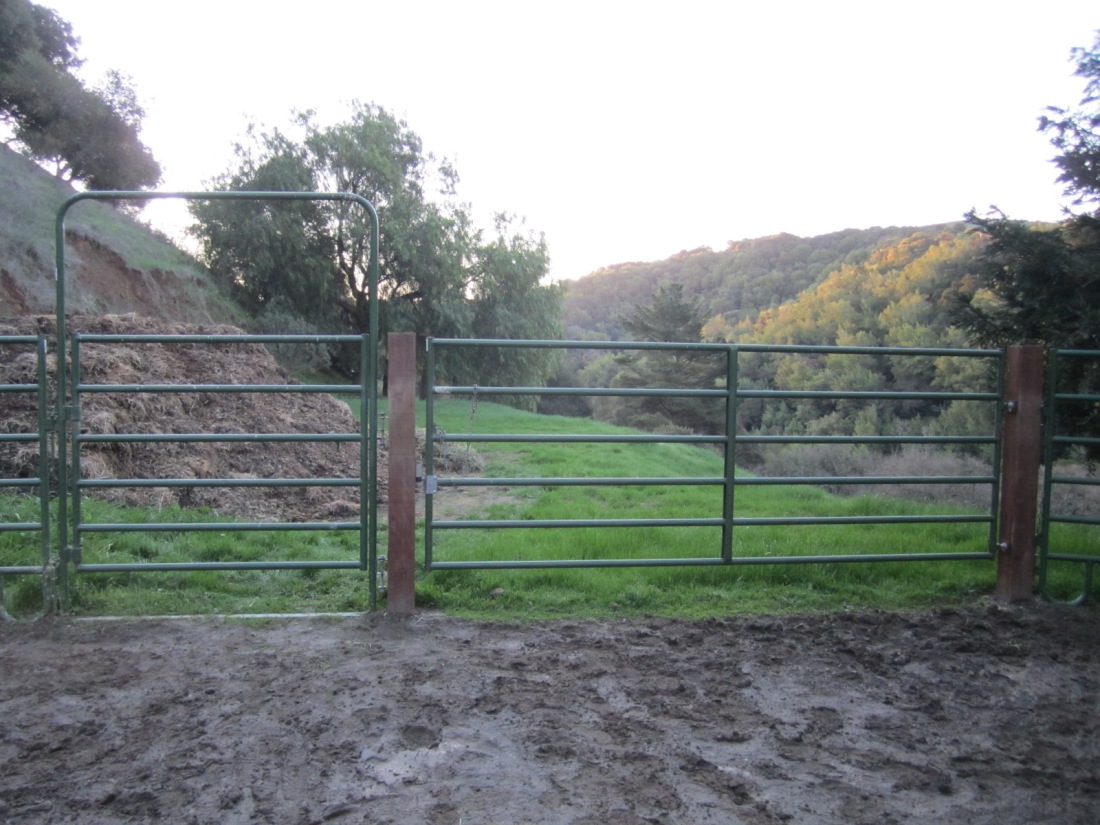 A six foot bow gate with one-hand latch gives you easy access when you’re entering the corral with halters or fly masks in the other hand.  Also gives you quick access to the poop pile when dumping the wheel barrow.  Place the gate so the latch is on the outside of the corral.

The latch has a slider and keeper.  To open the gate, flip the keeper up (on the right in the following photo) and pull the slider to the open position.  The gate will swing freely in either direction.

If you are new to horses or are in the process of gentling some mustangs, always open the gate inward.  Pull the slider open, push the gate in a few inches, then move the slider back to the closed position.  If a horse approaches the gate as you enter and pushes, it will swing back and hit the bow, stopping it from flying open, knocking you to the ground, and setting your horses free.  (This is one way your horse tells you he thinks you’re lower, that he doesn’t have to listen to you.  It’s not a problem of smacking him and showing him who’s boss, it’s a problem of relationship.  Yes, you may have to turn up the pressure for a while until he comes to you respectfully, the same way he would to a higher horse in his band.)

Unlike bow gates, swing gates are usually not furnished in a frame.  You’ll have to cement 6 x 6 posts to hang them.  Once they’re in place, you can bring in fill material with your tractor to create a dry space in the corral.  Twelve feet wide should work.  Orient the hinge post so the dead weight of the gate will not bend it (lines of grain parallel to gate in closed position).

You’ll also have to supply a latch for the gate.  It can be mounted on the 6 x 6 post opposite the hinges.  In the following example, you can reach through the gate to lift the inside keeper and push the gate open.  If a horse pushes back or the wind blows it toward you, the outside keeper will stop it from flying open.  It’s a great safety feature. 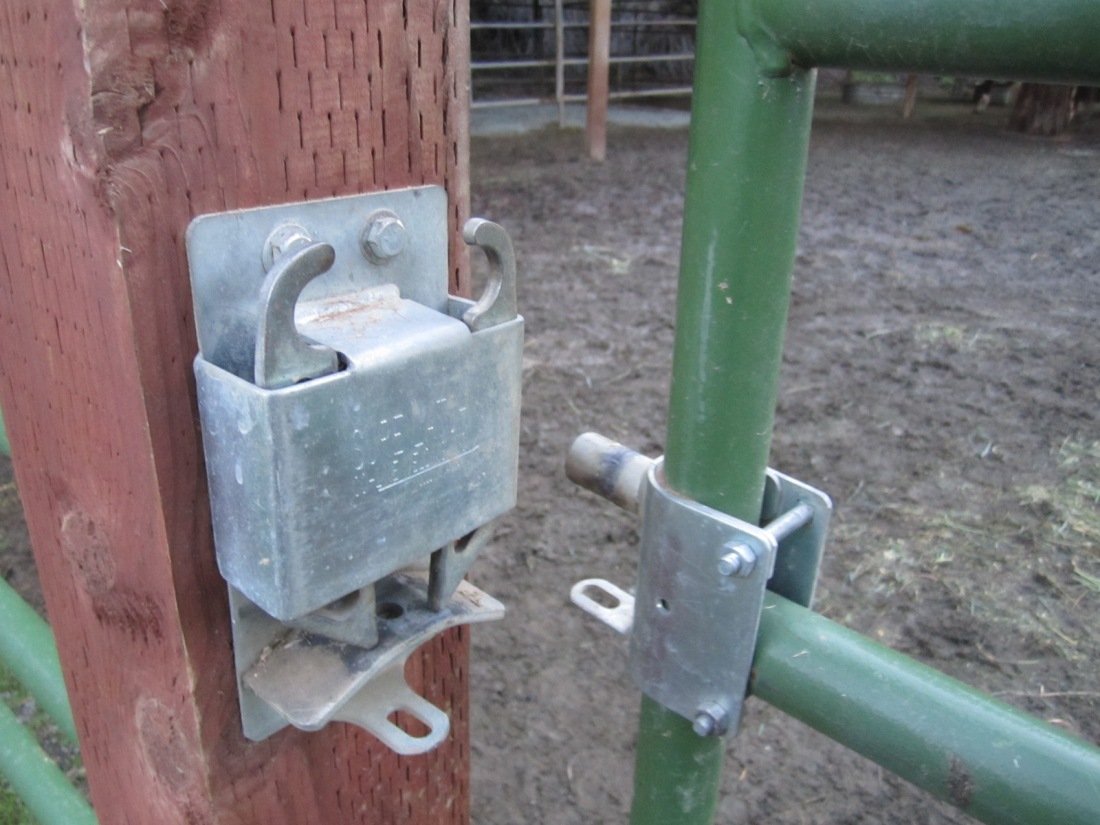 The latch will also allow the gate to open outward (not recommended unless you have halters on your horses and are taking them out to pasture or going on a ride).  Some gates are furnished with chains for added security.

Avoid gates with chains only, no latches.  They require two hands to secure properly.

Here’s another view of the two gates.  Note the absence of 90 degree interior corners.

If you will be leaving your ranch for a few hours or retiring for the evening, check your gates to make sure they’re properly latched.  And don’t think your horse won’t notice if they aren’t.  If he doesn’t hear the ‘clink’ of the keeper dropping into position when the gate closes, he’ll probably walk over to investigate.  If it’s the outside keeper, pasture is just one push away!

Opening and closing gates is not complicated.  But on a ranch you’re doing that many times a day so it’s easy to mess up, especially when you’ve got a hundred other things on your mind.